Jeff Elgin has been the recognized master at creating and implementing franchise development systems in America for over 30 years. 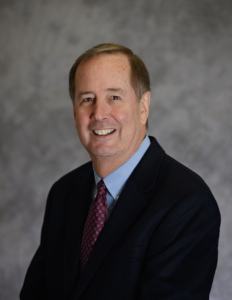 Jeff Elgin founded FranChoice, Inc., the premier network of franchise referral consultants in the United States, in 2000. Since its founding, FranChoice has successfully placed over 10,000 new franchisees with hundreds of different franchise companies.

During his tenure at FranChoice, Jeff has also assisted over 100 franchise companies in creating and successfully implementing “state-of-the-art” franchise sales systems. These efforts have enabled many of these companies to grow into large and thriving franchise organizations. No one in America has a better understanding of what moves prospects to become franchisees than Jeff .

Prior to founding FranChoice, Jeff served for over eight years as the vice president of franchise development for Great Clips, Inc., a Minnesota-based franchisor of value-priced hair care salons, growing the system by over 1,000 units during his tenure. He had similar positions in the pizza and video rental industries during the 80’s and was also the owner of seven franchise stores in the National Video chain from 1984 through 1986.

Jeff Elgin spent years as the franchise expert for Entrepreneur® Media and has been a featured speaker for the International Franchise Association on many occasions. He is nationally recognized for his expertise in creating and implementing systems to recruit significant numbers of new franchisees for various franchise companies.

What Clients Say About Jeff Elgin

I met Jeff Elgin at an IFA expo meeting in Washington, DC a few years back. I had heard of his reputation and asked him to help me grow my franchise. He generously gave me time and advice (including changing the type of franchisee I was looking for) over a year and a half until we had put in place all the systems and procedures he advocated. We even had every single employee of our company go through his training so they would all be on the same page with our development efforts. The result has been consistent strong growth for 15 straight years because these concepts of his truly work and have been proven effective over the test of time.

I first met Jeff Elgin at an IFA convention in San Diego, CA. I had a young franchise company which had spent a number of years growing its first small handful of franchisees. We wanted to ramp this growth up big time and I’d heard of his track record at Great Clips so I asked him for help. He generously offered his time and expertise to assist me – I still remember one 6 hour impromptu training session in an Atlanta airport hotel lounge – and it worked. We recently sold our franchise company for a nice eight figure payout and that never would have happened without the knowledge I learned from Jeff.